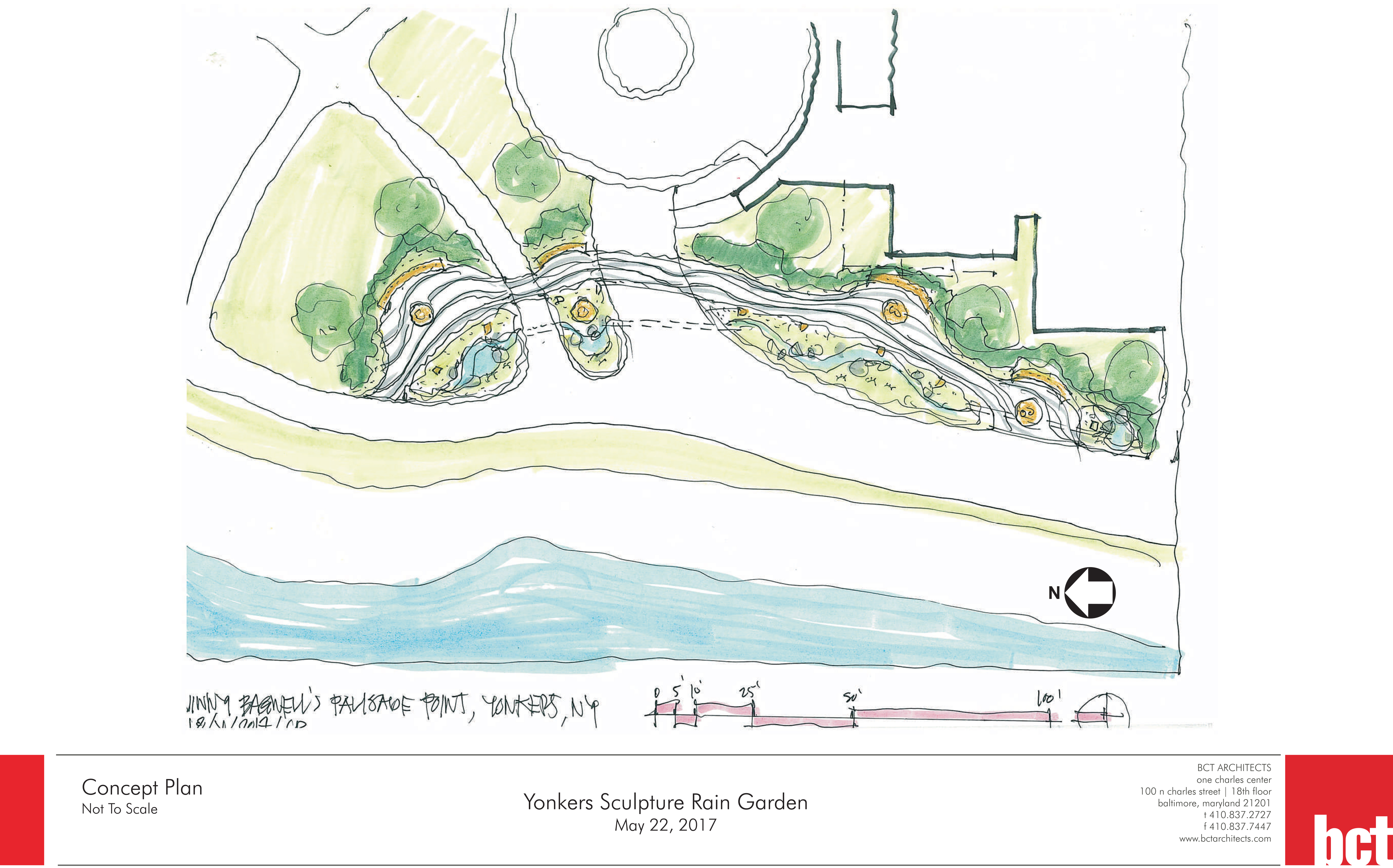 The Conceptual Framework of the Project

In 2009, the “The Enslaved Africans’ Rain Garden” initiative for an urban-heritage sculpture garden began as a grass-roots aspiration of a community that reflects the community, a diverse population of nearly 200,000 people. It is a growing initiative that is a major element in an exciting revitalization of the Yonkers downtown-waterfront district. The City of Yonkers, ArtsWestchester (the largest non-profit arts council in New York State), New York State Department of Parks, Recreation and Historic Preservation, Yonkers Public Schools, historians, scholars, community-based organizations, community members, and local artist, Vinnie Bagwell, are working together to develop the creation of the Enslaved Africans’ Rain Garden. Our mission is to honor, dignify and restore the humanity of enslaved Africans in America by transforming them from objects to subjects via art in a public place in Yonkers, New York.

The public artwork for this destination project will interpret the legacy of enslaved Africans who resided at the Philipse Manor Hall–six of whom were the first to be manumitted by law in the United States, 76 years before the Emancipation Proclamation. (The law was written in New York State in 1786 by John Jay, then future, first Chief Justice of the United States Supreme Court.) The design concept marries culture with nature, with a self-sustaining design that will retain diverse elements of the past and practice a conservation approach to environmental change.

The City of Yonkers has designated nearly an acre of land on the shore of the Hudson River for the construction of the Enslaved Africans’ Rain Garden. The idea of a rain garden has been chosen to demonstrate the aspects of sustainability and environmental responsibility that make up the design. A rain garden is a planted depression that is designed to allow rainwater runoff the opportunity to be absorbed from impervious urban areas like walkways and compacted lawn areas. A rain garden is appealing because it can mimic the natural absorption and pollutant-removal activities of a forest, or a meadow, or a prairie and can absorb runoff more efficiently, sometimes as much as 30–40% more than a standard lawn. It will also conserve municipal water resources by reducing the need for irrigation and can cut down on the amount of pollution reaching the Hudson River. This is the inspiration for a yet-to-be-built public space that will invigorate the community, generate civic dialogue, and support environmental policy.