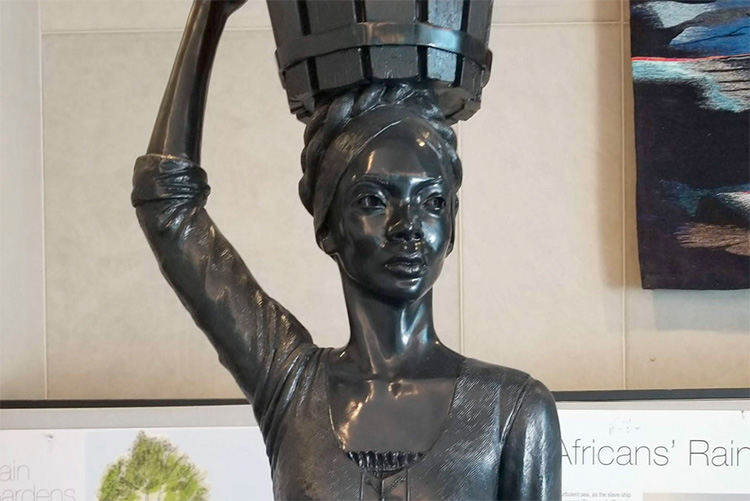 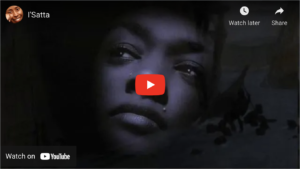 Liberian name pronounced “I-Sat-tie.”
The first enslaved people in New Amsterdam were a diverse ethnic mixture of Africans from the Kongo, Guinea Coast, Brazil, the West Indies, Spanish Colonies, and later, from Madagascar on the east coast of Africa. Kongolese captives were held in high regard by European slave traders and buyers because of specific cultural traits valued by slave owners (1). The first sculpture was designed as a canvas upon which to tell a story:  A lithe, majestic African woman carries a bucket of water on her head with ease. With an air of nobility, she moves through the garden, carrying fish, as the winds of change blow her skirt and apron. She embodies beauty and grace. On her back is a schematic of a slave ship, illustrating how people were packed head-to-toe like sardines in a can.

Millions of people were lost during the Middle Passage: On the hem of her skirt, the scene focuses on the individual, a man, drowning in a turbulent sea as the ship sails off into the sunset. I wanted to use different languages and forms of language. On the side of her skirt, I included braille. It reads, “My soul looks back, lest I forget.”