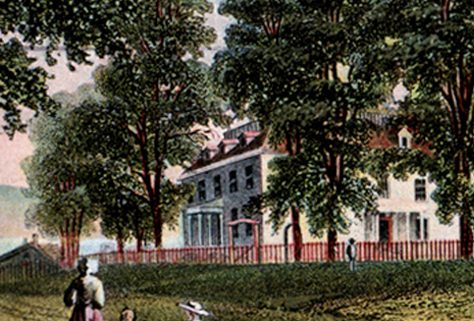 First Enslaved Africans to be Freed: The Role of John Jay.

The City of Yonkers, New York, played an intriguing, and heretofore unarticulated, role in the history of freedom in America. The Philipse Manor Hall–now serving as a museum of history, art, and architecture–has a history that lends a unique twist to general knowledge of the American Revolution. In 1776, the year of the Declaration of Independence, over 200 Colonial New Yorkers signed a Declaration of Dependence. These “Loyalists” remained faithful to the King. Prominent among this group was Frederick Philipse III, Lord of the Manor of Philipsburg, a 52,500-acre estate, part of which eventually became Yonkers.

John Jay, the future first Chief Justice of the United States Supreme Court, was a statesman and a leader against slavery. His first two attempts to pass emancipation legislation failed, but the third succeeded in 1799. Jay was the founder and president of the New York Manumission Society in 1785, which organized boycotts against newspapers and merchants in the slave trade and provided legal counsel for free blacks claimed as enslaved people. In 1786–predating all historical landmark events–the State of New York passed a law emancipating enslaved people whose masters’ property had been confiscated 2 . The Society helped enact the gradual emancipation of slaves in New York in 1799, which Jay signed into law as governor.

Among the shortlist of Loyalists, whose property was taken by the State are not one, but six members of the Philipse family. It has been postulated that this law, liberating slaves, was written with the Philipse case in mind. On May 1, 1786, an island of freedom was created in Yonkers, still surrounded by a sea of slavery, as a handful of enslaved Africans at the Philipse Manor Hall blazed a path of liberty for millions more to follow in the next century.

In this way, this Yonkers location is a priceless hallowed place to commemorate the earliest date of the liberation of slaves in America. The site is the only one of those confiscated, with such an extensive surviving context. Of the other sites in New York, this site had the largest number of slaves,and was indeed an epicenter of colonial America. To establish Yonkers primacy in the annals of the history of freedom–reposing quietly in a modern urban American downtown–is of national significance, and deserving of further attention.